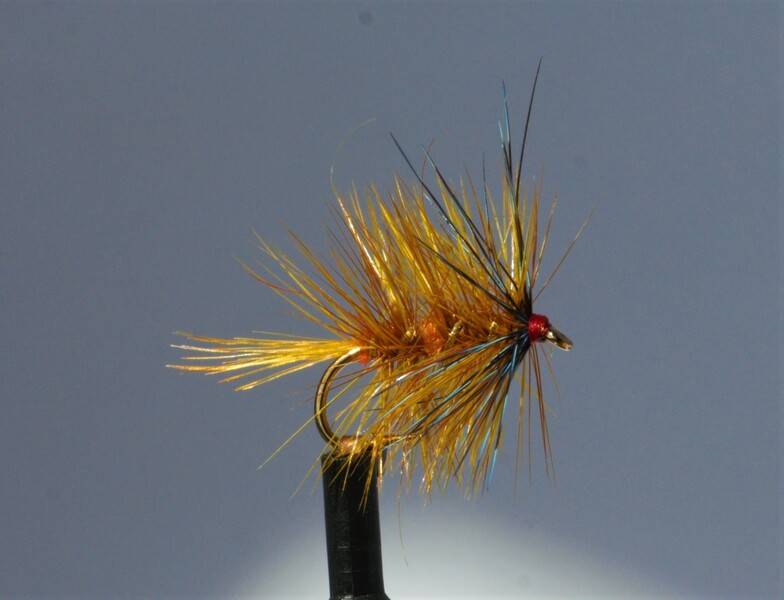 The Golden olive bumble is a classic pattern from the Kingsmill range.

The patterns is one that many lough anglers keep on the cast for really everything from early in the mayfly right through sedge hatches and into the late season for deep water.   Here are the materials needed and some tips on how to adapt this fly.

The funny thing about Golden olive or to be clear the west of Ireland golden olive, it is not an olive colour at all. It is a golden colour that got its name as far as I know as it was orignally used during olive hatches. For example 2 great patterns for olive fishing are the firey brown and the golden olive wet fly.  Both fish well on an olive hatch but are not the colour olive.  The reason for this is we often refer to most upwings as olives so we have the BWO (blue winged olive) iron blue, dark olive,  brown olive and at times pail yellows and more yellow golden coloured upwings.  The name golden olive has stuck and depending on who you talk to they will have their opinion on what shade it should be and also who first used/invented the "real" golden olive colours we use today.  I for one would also not be without the colour early in the season on a dabbler for the rocks when the shrimps are the main food source.

Once you can tie the bumble you can see how the addition of alternative colours and leggs can completly change the fly. This variation has a red tag grizzel hackle and hopper legs. 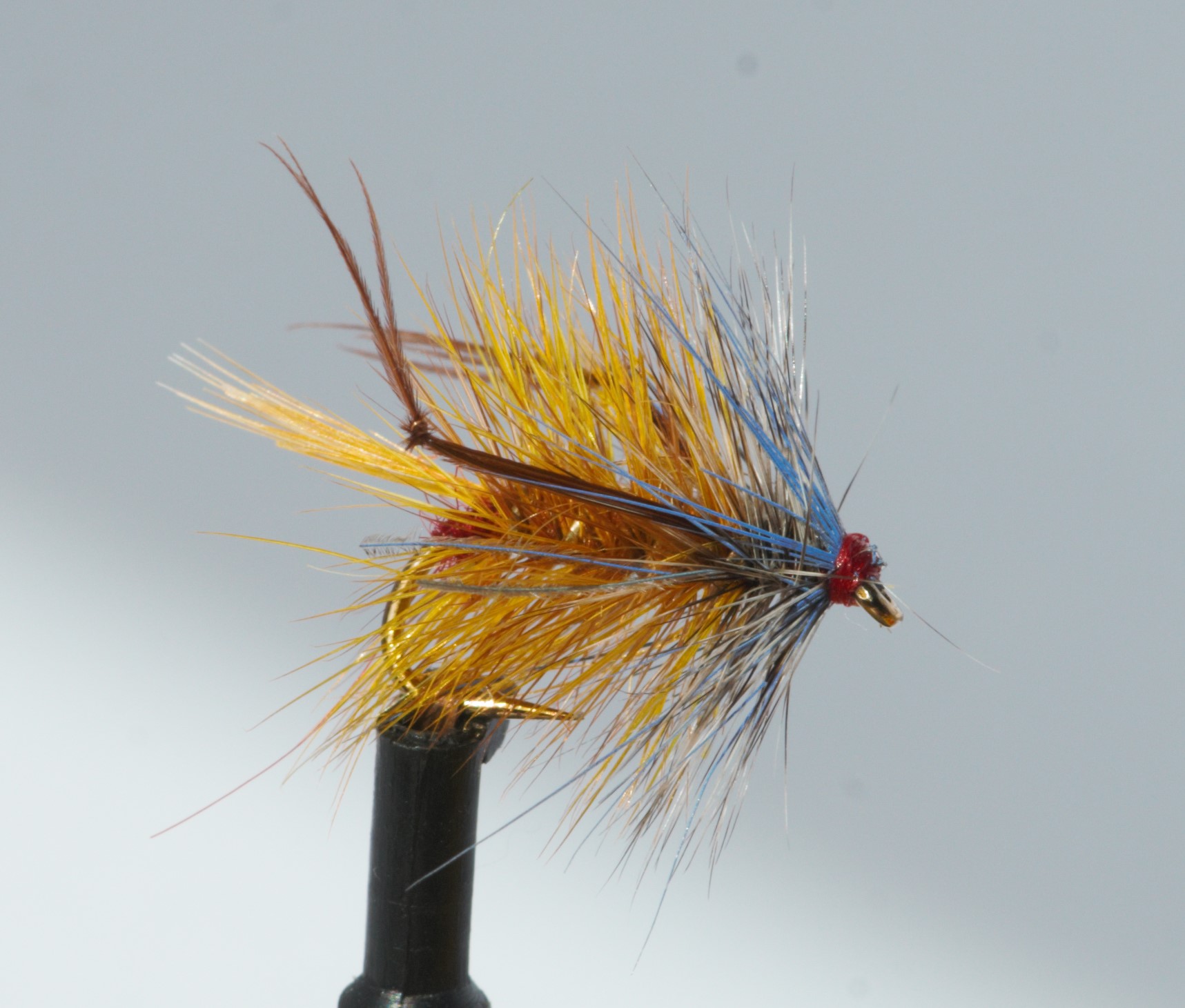 Other options are to change the dubbing to a more bright Golden dubbing this will give you a really glowing bright bumble particulary good for the mayfly time on bright days.

Hackle - Golden olive genetic saddle or neck This can also be golden olive and ginger if you want a darker bumble.

Front - The original is Blue Jay but grizzle dyed blue or guiney fowl can work for this.

Tie in the front hackle by bearding it on pointing forward and then pushing it back at the end.

The variation of golden hackle for the body can be changed by using 2 hackles of different shades to palmer down the body.  Also if you want a bushier bumble use more turnes of hackle and a lighter on use one hackle and use less turns.

This is a example of Golden olive dyed on some genetic saddle feathers dyed onto different colours to creat a range of rich shades. 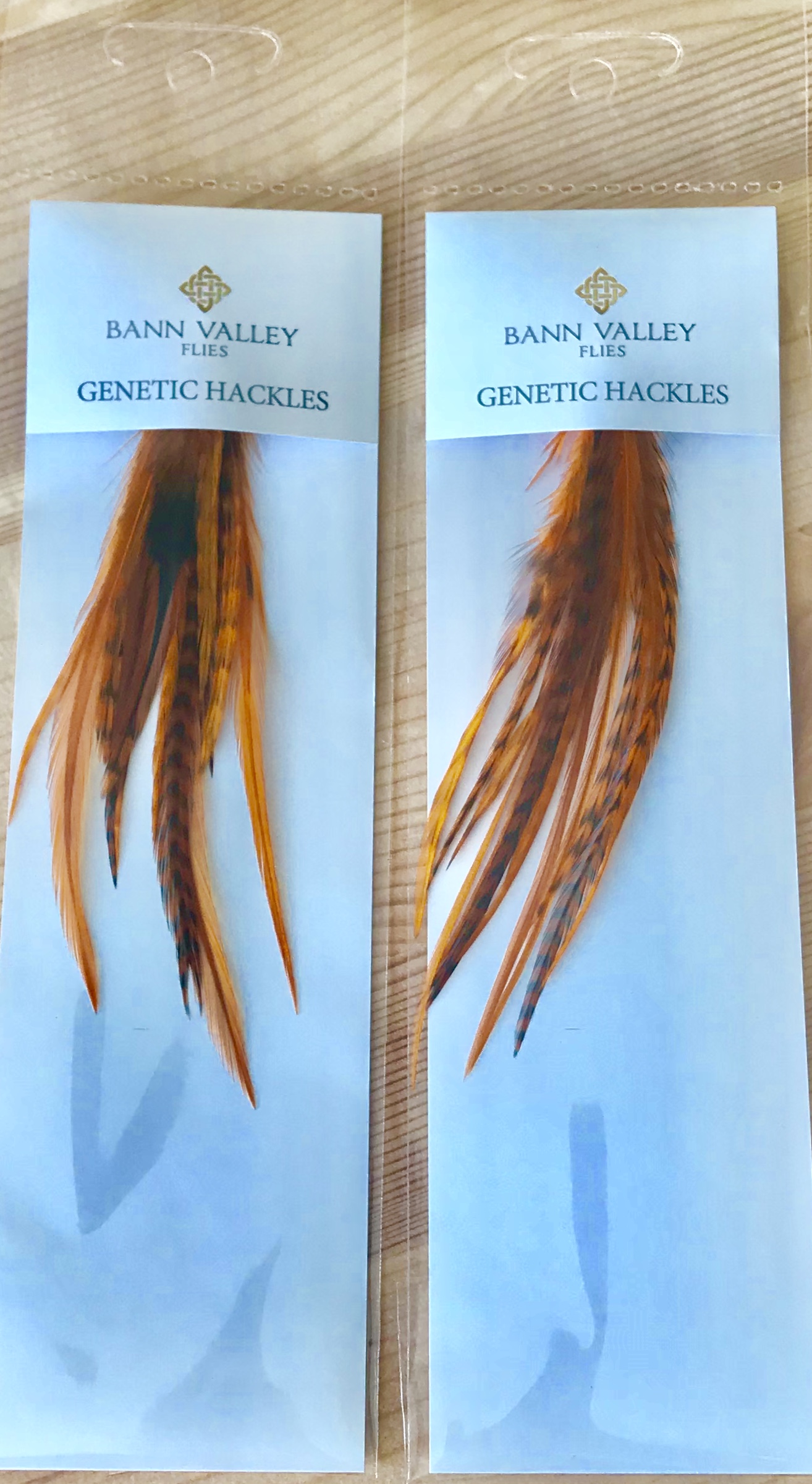 If you would like to recieve a monthly fly tying pack to tied flies like this or flies from any of the catagories below you can now join our monthly fly tying club you will get loads of materials and enough to tied all the flies you will need for your chosen disiplin.  Each pack complements the next.