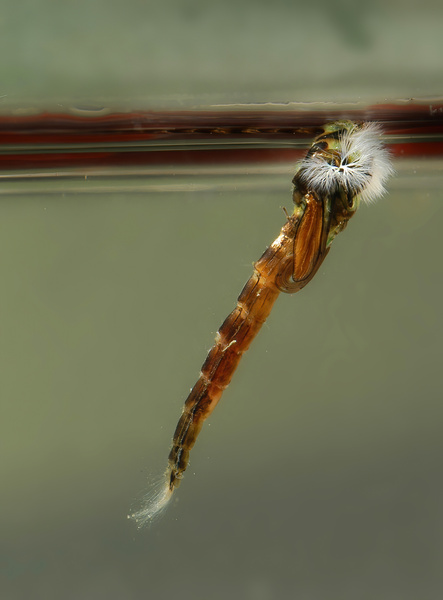 Buzzers are chironomids (non-biting midge) and are found in most rivers and stillwaters … and there are hundreds of different species. For the trout fly angler, however chironomids in stillwaters are most important as they form a staple diet for trout. Some anglers get slightly confused when talking about buzzer fishing for trout. This confusion comes in regard to what stage in the buzzer’s lifecycle, that the artificial fly is meant to represent and how they are fished. The 2 main stages for the angler are i) buzzer pupae which are fished subsurface at a range of depths and ii) the adult buzzer which will be on, or emerging from the surface.  Another source of confusion is that in Ireland, buzzers on the great lakes are called … duckfly.

Buzzer pupae are present in numbers for most of the fishing season but in March and April they can be a very effective fly both on wild and stocked still waters.  Natural buzzers can range in size from a few millimetres … to over 2cms in length, but most are represented by patterns tied on size 12 or 14 hooks. On the limestone loughs of Ireland these sizes can also work, but sizes can go up in size as large as a size 10 or even an 8.

Buzzers hatch out from eggs which then develop in the mud in the bottom of the lough as bloodworm. For the next change in their shape, they develop into buzzer pupae and migrate slowly over several days in the water column as they rise (and fall) depending on water temperature, pressure and weather conditions. As they ascend they change colour. When they eventually reach the surface, they hang in the surface film until they split their skin and hatch (emerge) into the adult form of fly. They leave behind an empty skin shell which is called a shuck. Observing the shucks in the water gives an idea of the size of the buzzer to be replicated. Buzzer pupae have little white strands on the head and tail of the pupae and these are called breathers as this is how the pupae extracts oxygen from the water.

Buzzer pupae can be fished in teams of flies from a floating line to cover a range of depths where the pupae may be present. Epoxy buzzers are good at getting down quickly to feeding fish. This could be the full length of a  4.5 metres leader or deeper. However some buzzers are tied without epoxy and used when trout are feeding on pupae closer to the surface.  Buzzers can be left to fish static although it is important to keep in contact with your flies. 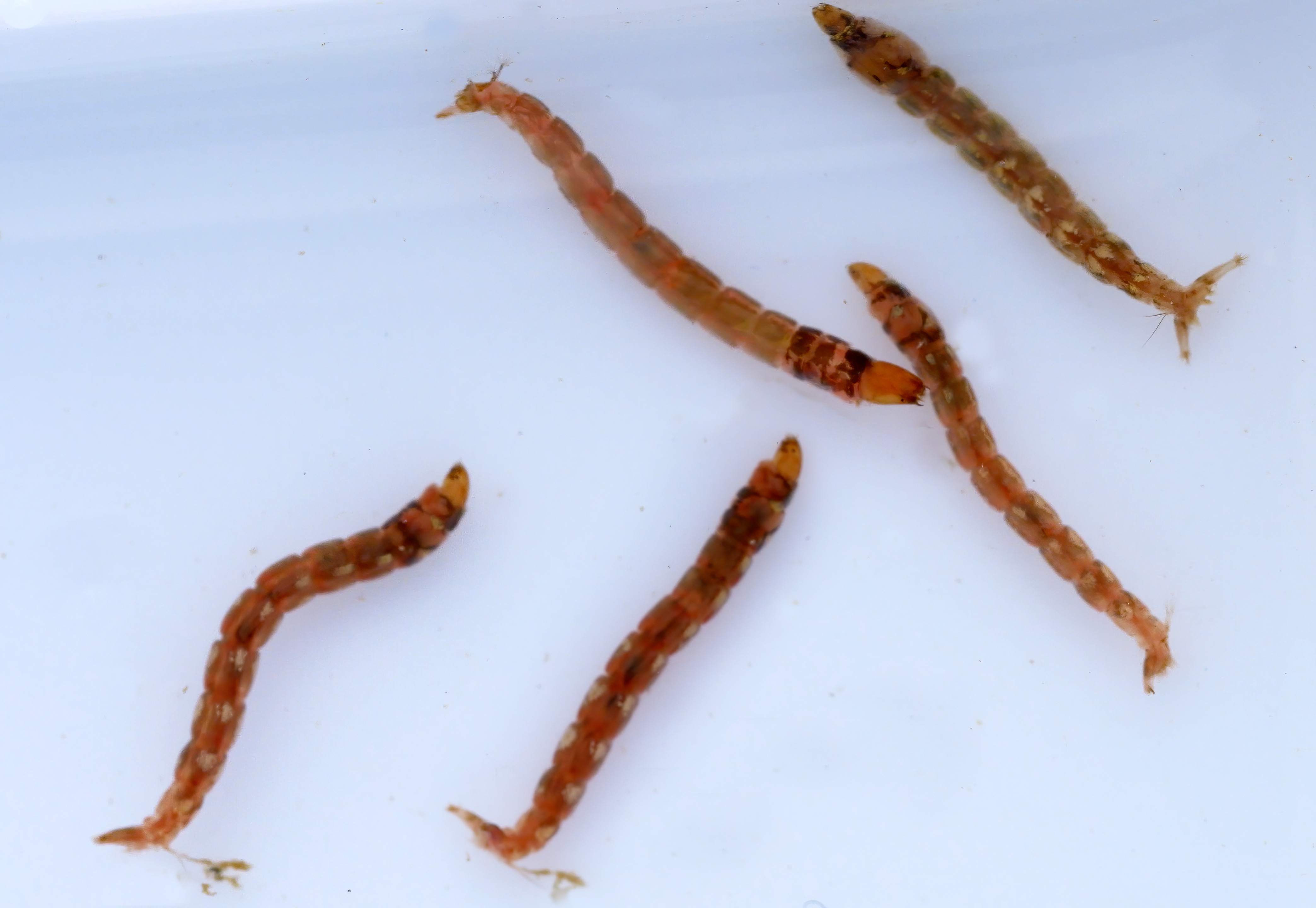 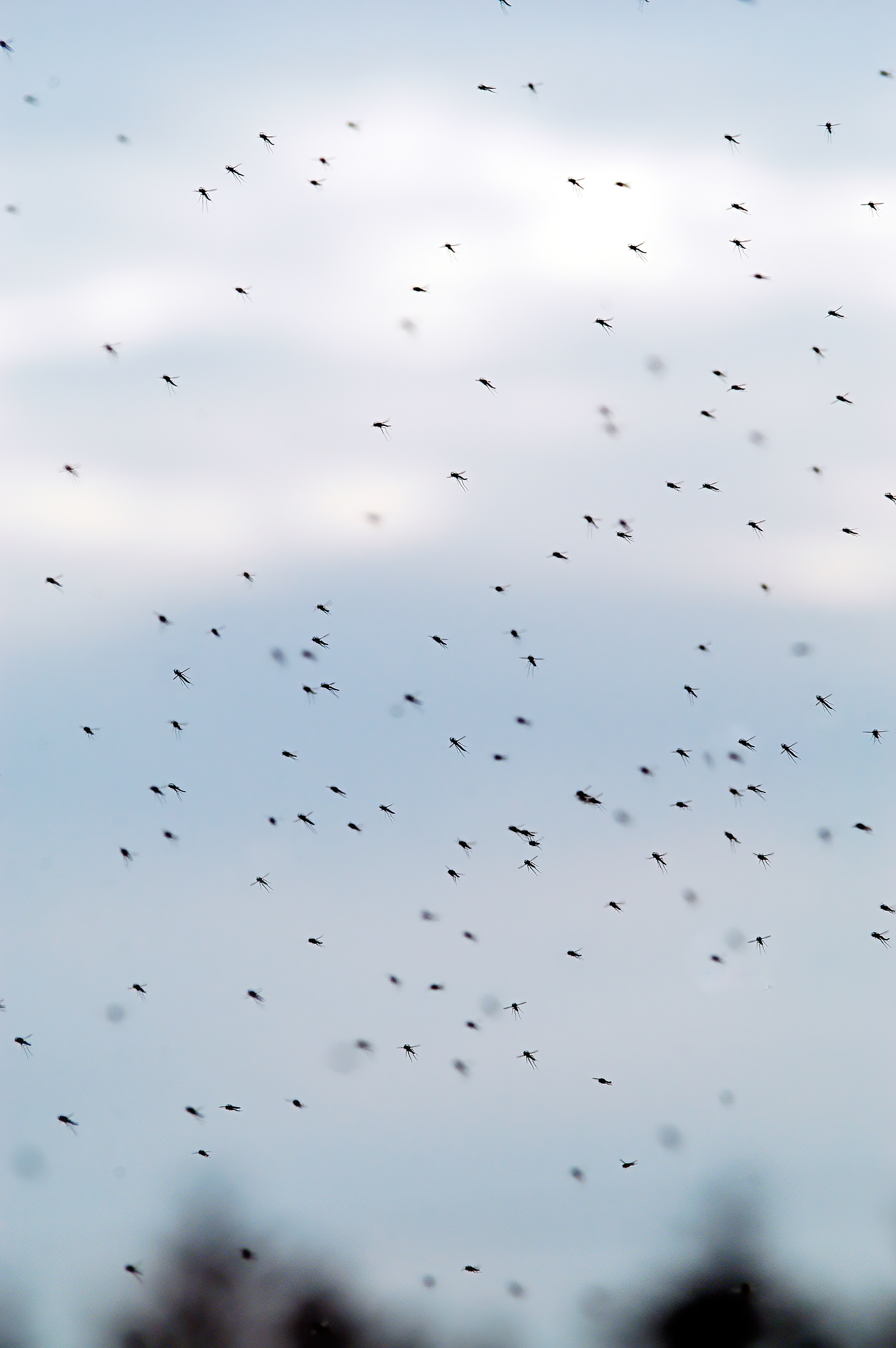 Emerging adult buzzers are enticing to surface feeding trout and in calm conditions the emerging fly can be trapped in the surface film. Therefore, emerging buzzer patterns, especially those tied with CDC feather are very effective patterns.

The adult buzzer can also range in size depending on what species is hatching and they can hatch on a huge scale. Buzzers are so named due to the sound created by a massive swarm of adult fly.

Adult buzzers return to the water surface to lay eggs usually late afternoon to evening and gain can be targeted by trout, this time accepting dry fly patterns. Adult buzzers can also be found in different body colours with black, grey and shades of green being most popular with fly pattern sized varying from 20 to 10s 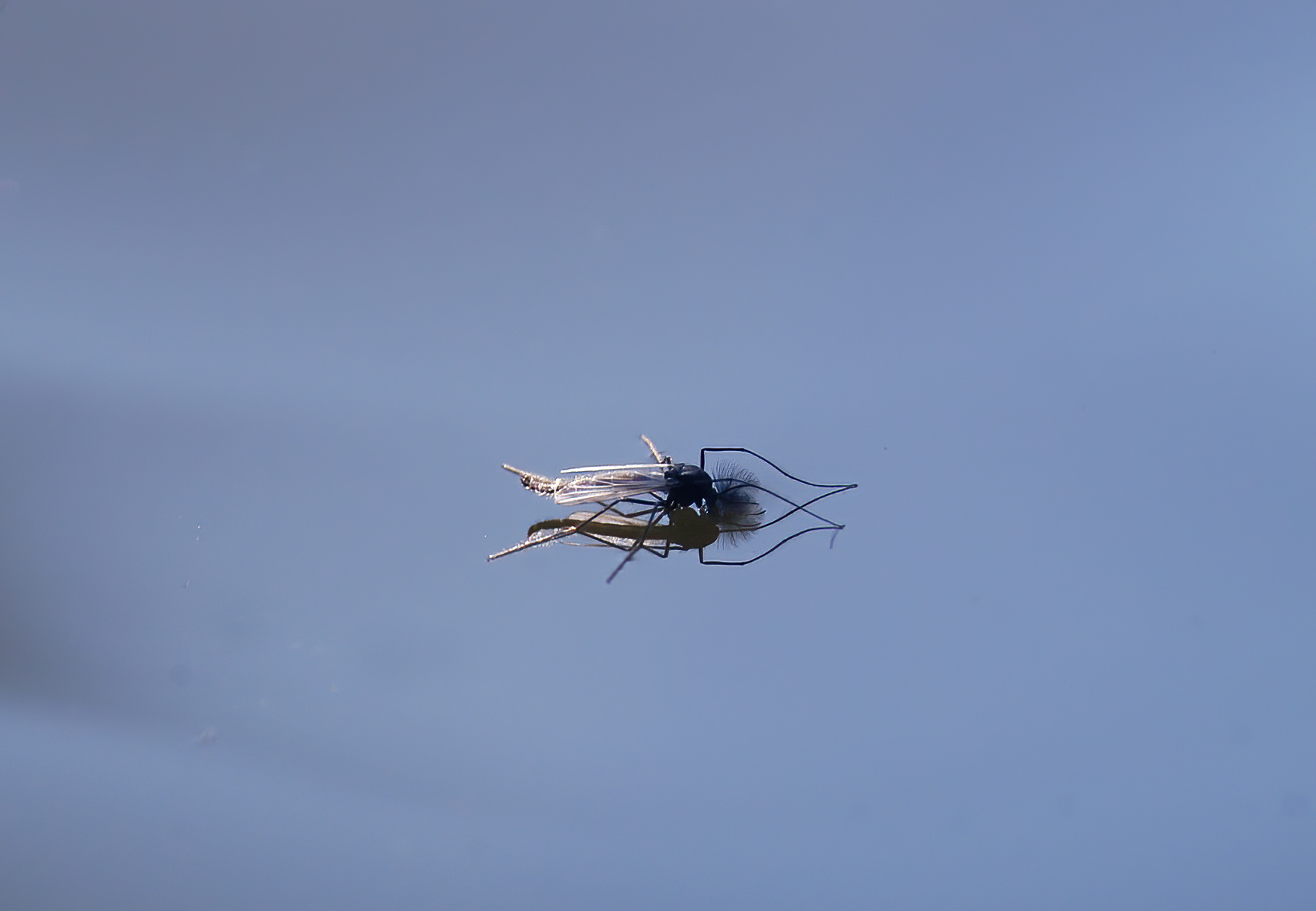 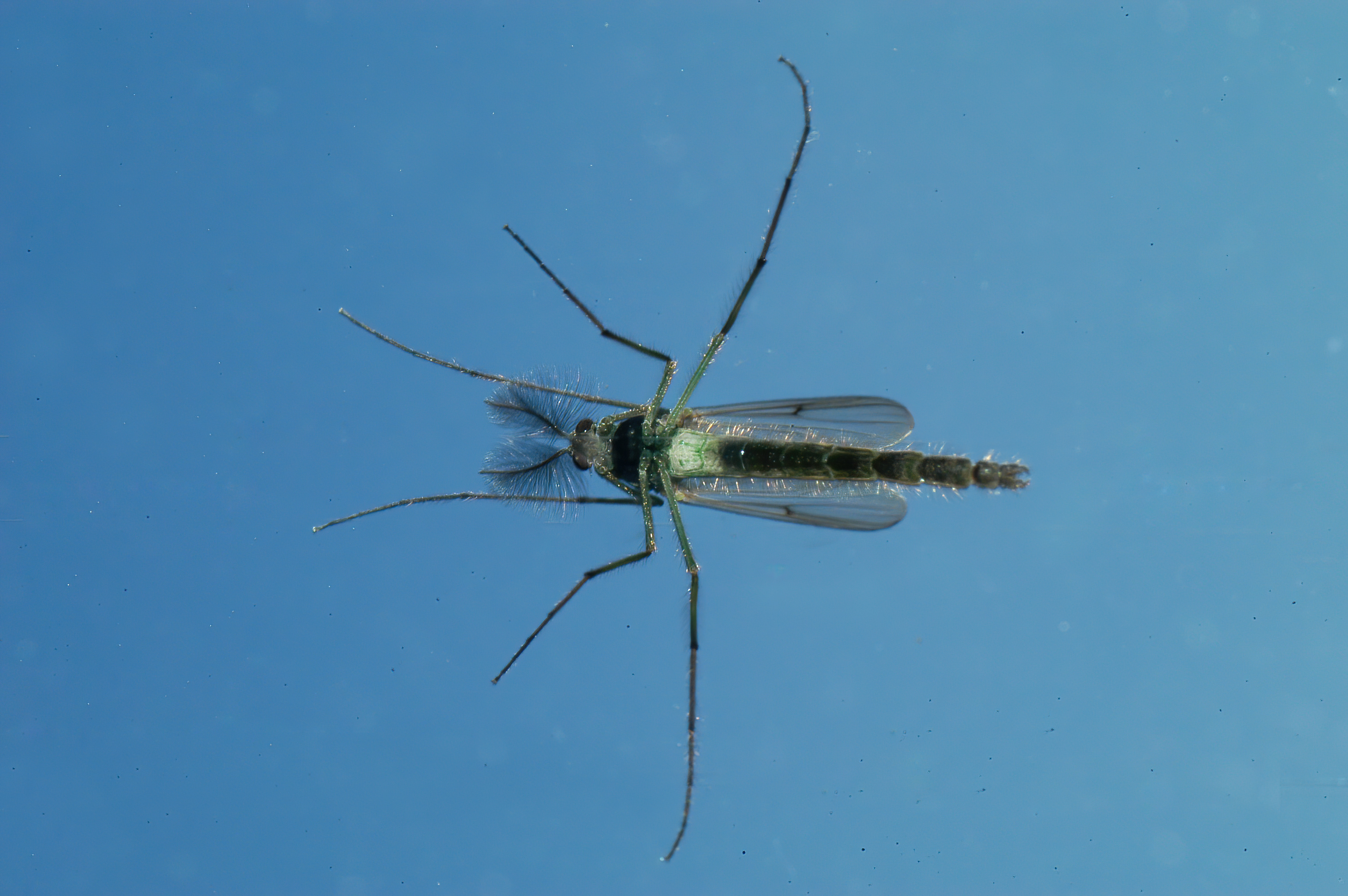 Adult buzzer trout view from below 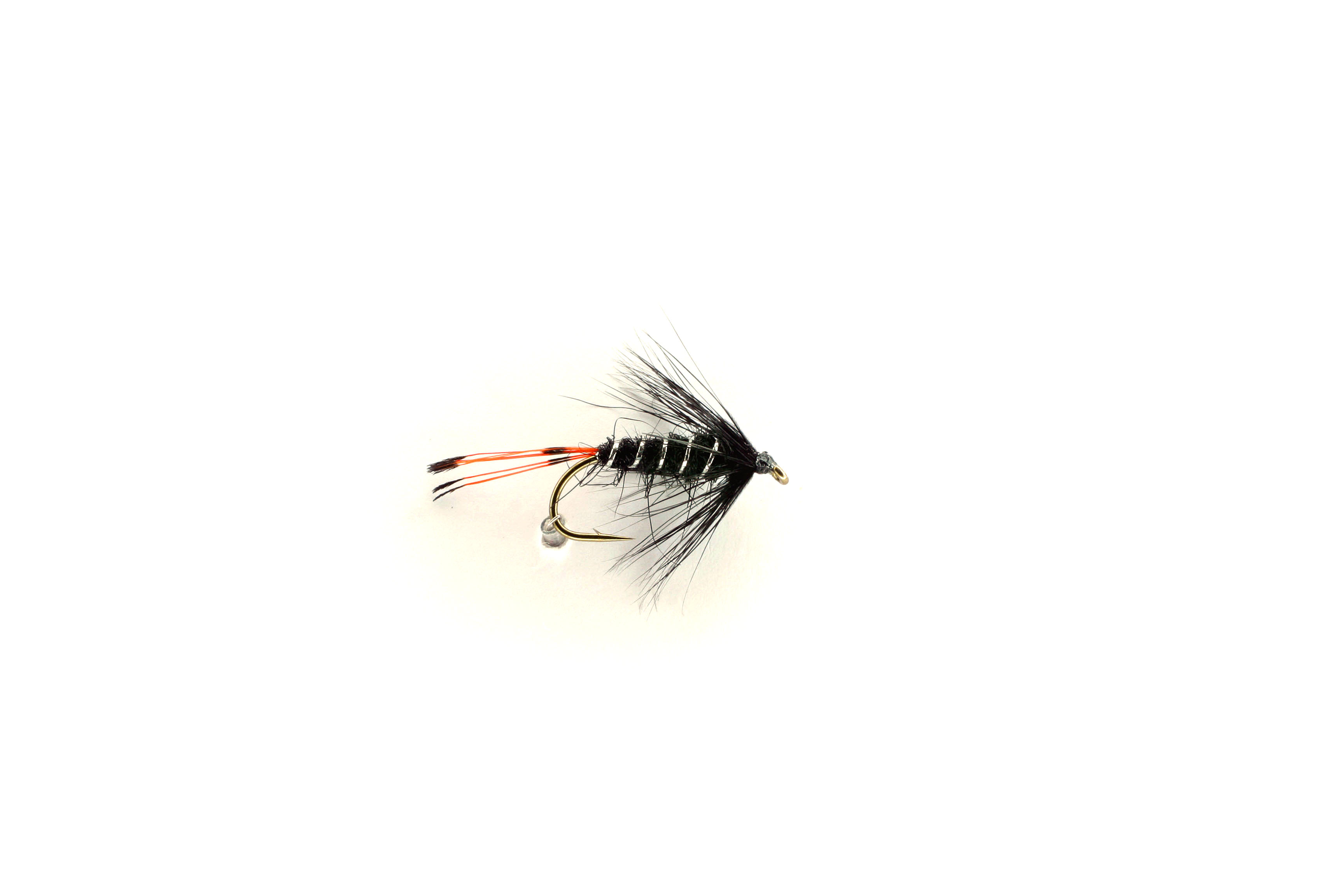 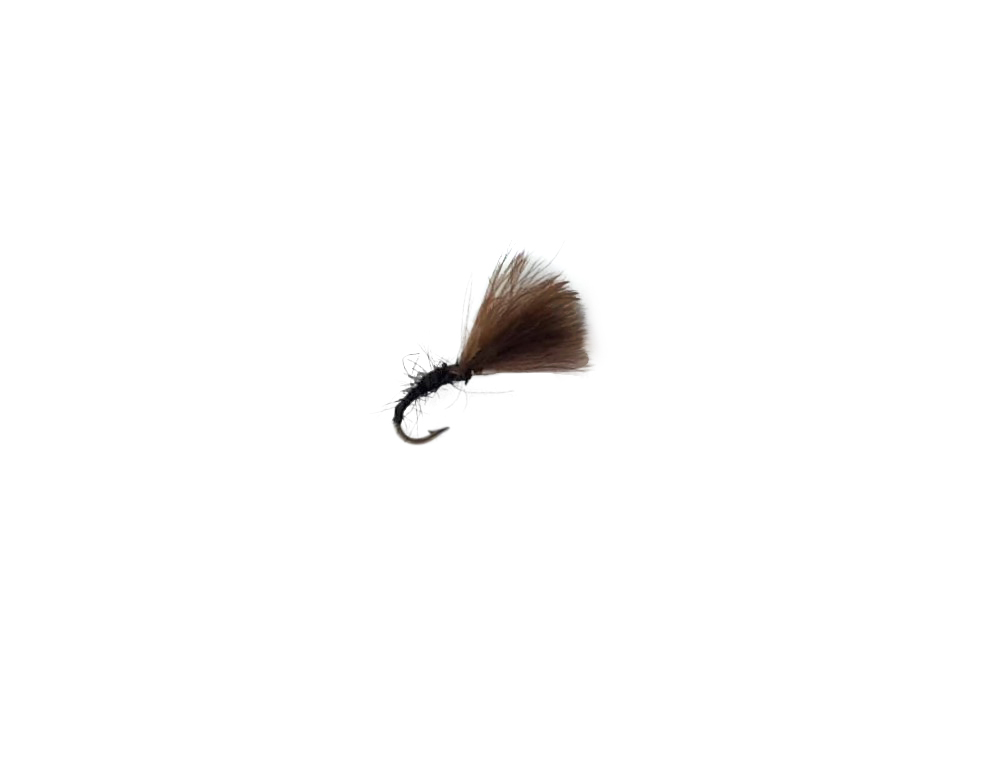 The most common buzzer pupae patterns are 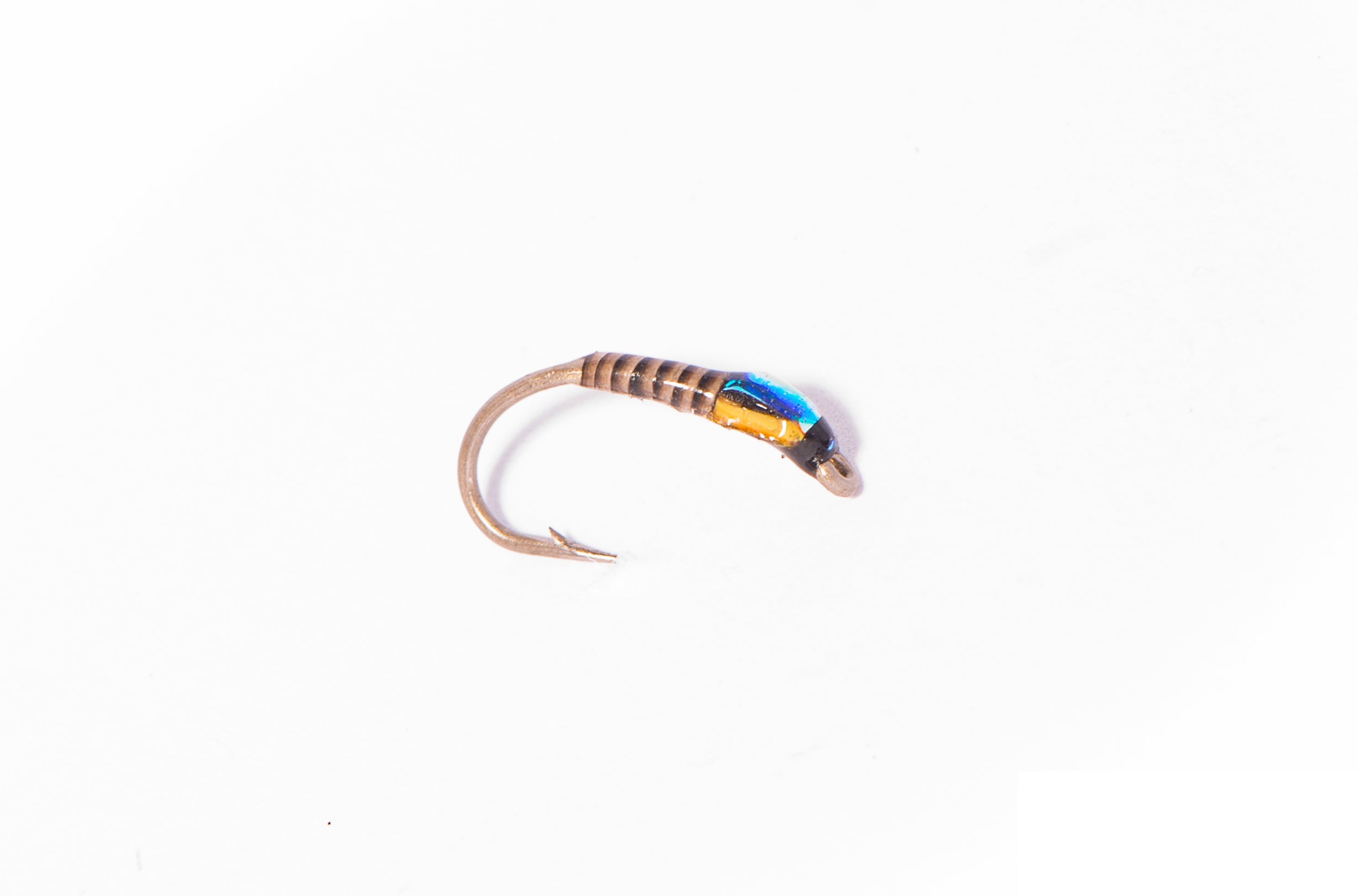